Chimney Sweeps – not an Extinct Occupation! - Oakford Firewood and Mulch 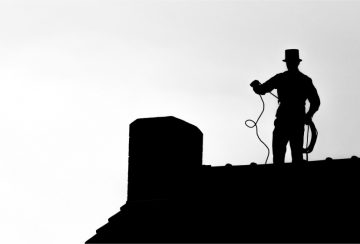 Chimney Sweeps – not an Extinct Occupation!

We have mentioned before how important it is to maintain your fireplace for an optimal winter warming experience. This includes using premium Perth firewood as well as making sure your chimney is clean and maintained by a professional.

It might come as a surprise to many to learn that chimney sweeps still exist and are easy to locate for keeping your chimney in safe working order.

A chimney sweep clears soot and ash build-up from chimneys. When chimneys operate normally, a layer of creosote builds up and this can restrict the flow in the chimney, as well as potentially catch alight.

Chimneys were very narrow and angular, and adult Master Sweeps could not fit into them to clean them properly.  Traditionally, master sweeps would buy orphaned boys (and some girls) from workhouses or their pauper parents, and train them to be chimney sweeps or “climbing boys”. The master had control and guardianship of these children until they reached adulthood. Smaller children fit into these enclosed spaces more easily, and up to and throughout  the 1700’s, boys as young as four years old were recruited to do this dangerous and sometimes (at that time) fatal work.

The master’s responsibility to his apprentices was simple: teach the trade, provide a second suit of clothing, have him or her attend church, allow him or her to bathe weekly, and to not send them up a chimney that was on fire. Training usually began at age six.

Sweeps developed certain occupation-specific cancers, and by 1875, Parliament in Britain had passed Acts to restrict and ultimately stop this practice of using very young children for this job.

Today, professional chimney sweeps are still in high demand – though the profession is carried out in a much safer way than it used to be, adhering to regulations and requiring membership of professional bodies.

All venting systems require maintenance, including those for burning appliances which use natural gas, coal, oil, and pellet and, of course, wood, and these are done with modern tools as well as the traditional chimney brush, with strict adherence to occupational health and safety.

What does a modern chimney sweep do?

Every autumn, before you use your fireplace for the first time, it’s safest and highly advisable to have a professional chimney sweep come and service your chimney. It’s a great idea to book this service at the same time as you place your order for premium hardwood firewood delivery in Perth from Oakford Firewood and Mulch.

Incidentally – did you know that having an authentic chimney sweep attend your wedding is considered good luck? 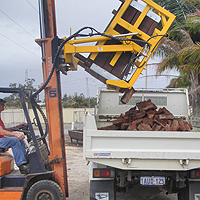